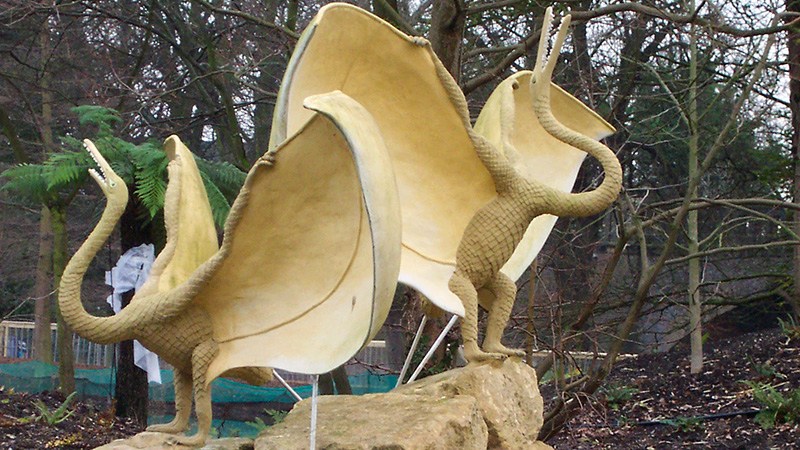 The lost Oolite pterodactyls have been found.

For years, we heard rumours about the lost pterodactyl models. These reinforced glass fibre models were created as part of the extensive reconstruction work in 2000s. They were done by John Warne (Fredrica Banks Sculpture) in consultation with geologist Peter Doyle and Morton Partnership.

These gorgeous models went on display in 2002, with the reopening of the displays. They were destroyed by vandals in 2005. The broken pieces were removed by park rangers. Vandalism is a long-running problem in Crystal Palace Park, and the statues suffer alongside many other features in the park. 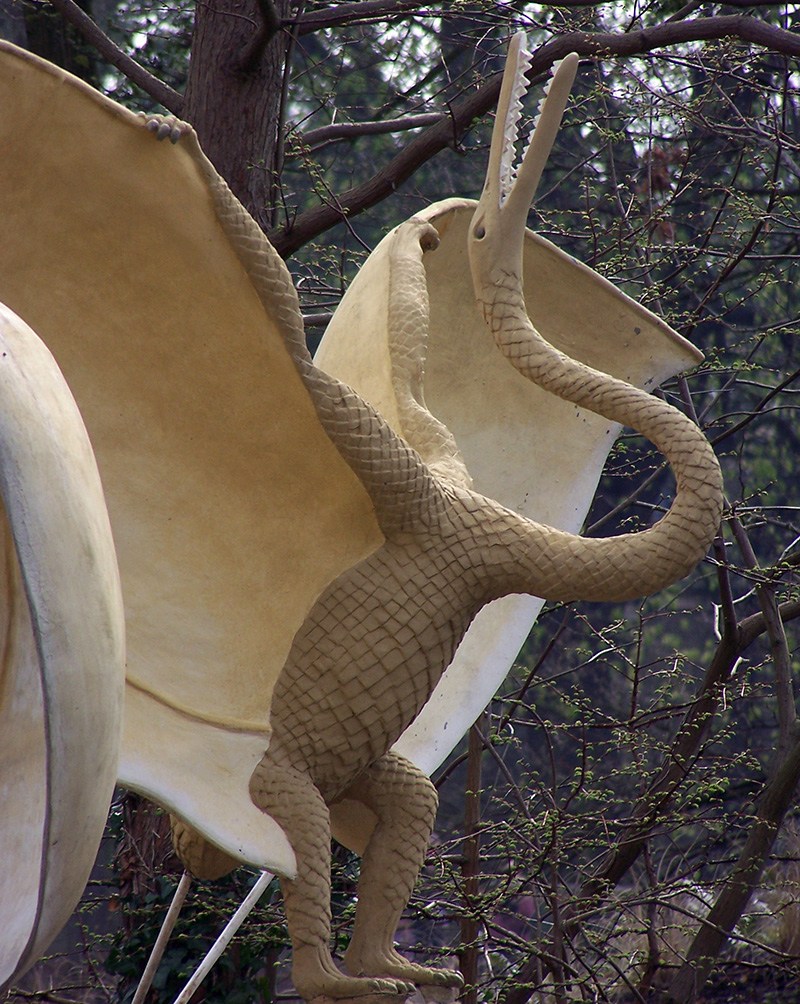 Close-up of an Oolite pterodactyl model in Crystal Palace Park. The date is only weeks before their destruction by vandals. Credit: Joe Cain 2005

Locating the broken pterodactyl pieces hasn’t been easy. Records are missing. Rumours are plenty. Wires have been crossed many times. But as is so often the case, there’s one key person who knows the answer. Once you find that person, everything falls into place.

This week, Friends of Crystal Palace Dinosaurs got lucky. We had the right person, in the right place, at the right time. Result!

The location cannot be disclosed. But Ellinor Michel, Joe Cain and James Balston were given special access and shown the fragments We had a chance to count up the pieces and to make a quick inspection. most pieces are in sad condition now. However, there’s enough for further work, something we have in mind for the future.

One feature is clear. These models weren’t hollow. In a discussion about making the pterodactyls, John Warne said they had trouble with the delicacy of the glass fibre. The hollow models were filled with a mixture of sand and resin to give them heft. That worked well. These models are quite heavy.

These two pterodactyl models are reconstructions of one species, Pterodactylus bucklandi. Owen’s guide to the dinosaurs mentions them (p. 22), noting their remains are “found pretty abundantly” in Oolite rocks.

Fossil material for these organisms were first discovered in the 1830s, and the species was named in honour of William Buckland by Meyer (1832). Seeley (1880) renamed this genus Rhamphocephalus and the current name for this material is Rhamphocephalus bucklandi (details).

“Oolite” refers to a geological period now assigned to the Middle Jurassic. This is best featured in slate rocks near Stonesfield, near Oxford. Stonesfield provides not only some of the best terrestrial reptile material in the world, but it also yields turtles, crocodilians, dinosaurs, marine reptiles, and mammals. Quarries in Stonesfield were worked for roofing materials well into the 20th century.

Historic view of Crystal Palace Dinosaurs, showing the original location of the Oolite pterodactyl models. This position is the same for the 2002 replacements, near the teleosaurs.

Written by Joe Cain including research by Simon Jackson.