Trustees and Management Board

We have a set of trustees, who are responsible for financial oversight and executive governance:

Friends also operates a management board. This meets meets on a regular basis to co-ordinate our many projects and our month-to-month activities. We are all volunteers. 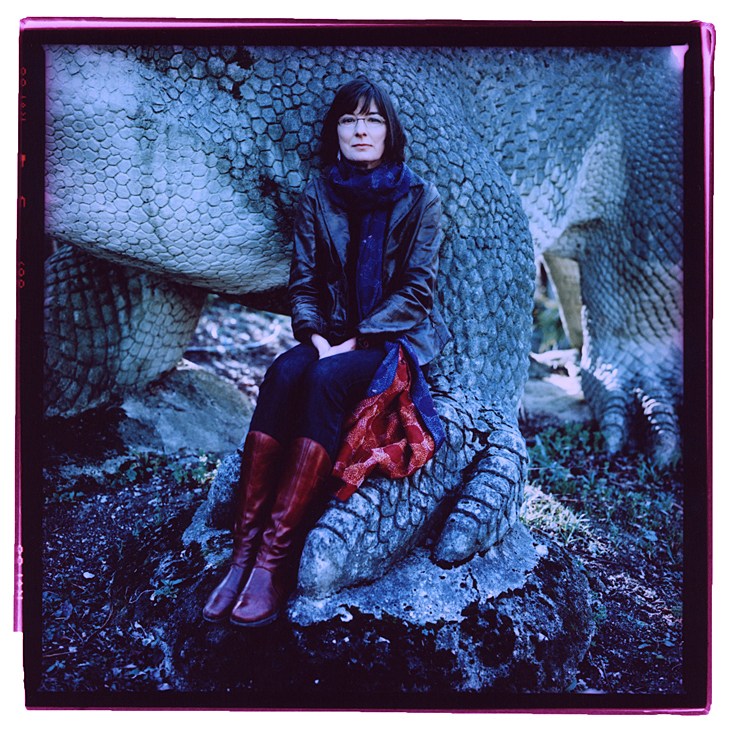 I am a taxonomist and evolutionary biologist at the Natural History Museum. My research focus is on African freshwaters, especially the species radiations in ancient lakes of the East African Rift.

I’ve always had a strong interest in the history and philosophy of science; that, combined with my commitment to making a difference to my local community, made it pretty clear that the Crystal Palace Dinosaurs would become a focus for my efforts. The ‘Dinos’ are stellar for a range of reasons – their construction heralded a major paradigm shift in the history of science, as they were the first life-sized reconstructions of extinct animals; they were ground-breaking for the history of public engagement, as the first big scale edu-tainment on natural history; and they are also just incredibly beautiful and stunningly cool as sculptures. When you walk among them you feel like you are living ‘Where the Wild Things Are’.

By preserving these Grade 1 heritage assets and building an educational engagement programme around them, we hope to convey excitement about key ideas in natural science for generations to come. 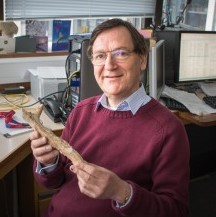 I am a palaeontologist specialising in the fossil mammals of the Quaternary ice ages.  I taught palaeontology and evolutionary biology at UCL for many years before joining the Natural History Museum in 2007.  For several years I have researched the fossil mammals discovered by Darwin in South America, that were subsequently studied and named by Richard Owen in the 1830s-1840s. This has led to a fascination with this critical period in the history of palaeontology and Owen’s part it in, a period preserved in time, as it were, in the Crystal Palace Dinosaurs.

As a mammal specialist I am also at pains to point out that some of the statues are only honorary ‘dinosaurs’, including the giant sloth Megatherium, with Owen’s interpretation of it (then new, but still considered valid) as supported on a tripod of its hind legs and tail; and the ‘Irish Elk’ Megaloceros, with its magnificent antlers, which has special meaning for me as it was the subject of my PhD work. These treasures have to preserved –  and that is our commitment as the Friends of Crystal Palace Dinosaurs. 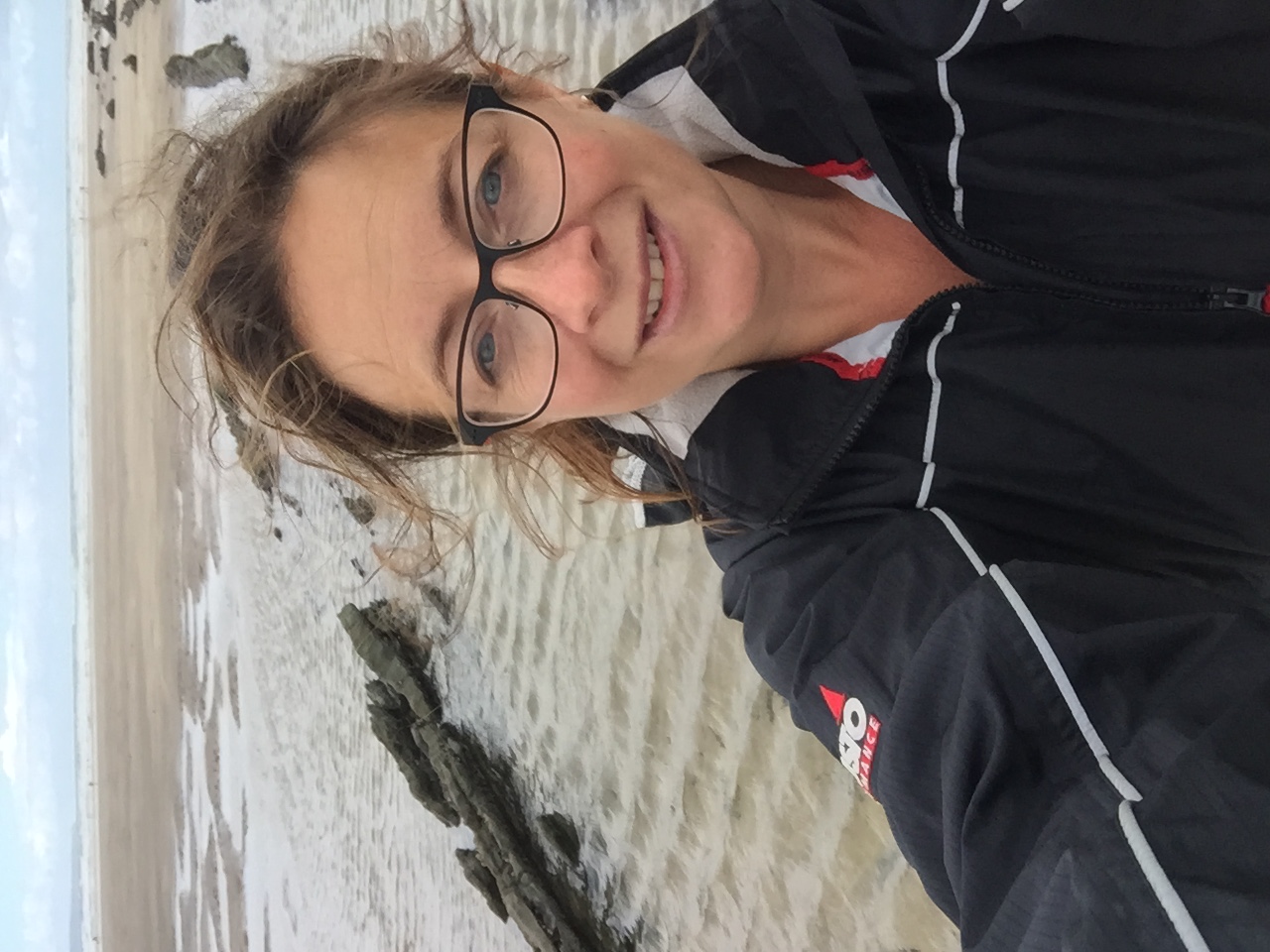 I was formerly project director of Jurassica, an attempt to recreate a vast immersive Mesozoic environment under a huge glass roof designed by Renzo Piano, aiming to engage the public with deep time and the big ideas of science past and present. I live in a house full of dinosaurs and rocks and wish I had been a geologist.

Instead, I am a cultural sector professional specialising in project management, business planning, and impact evaluation. I am also a doctoral researcher at Bournemouth University and am interested in public engagement in museums. 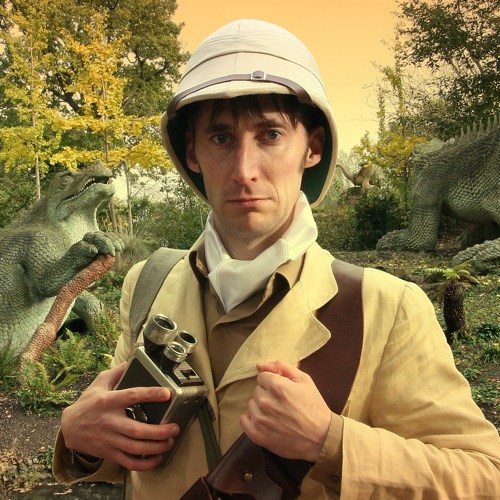 I’m a tour guide for Shakespeare’s Globe Theatre and English Heritage; a voiceover artist for Travel Channel and Sony; and an online documentary maker featuring on londonist.com. While producing my ‘Lost Valley of London‘ adventure series, I became utterly enamoured with the Crystal Palace Dinosaurs. To me these sculptures represent everything unexpected, mysterious and exciting about London heritage: the thrill of discovery, the wild-ride of history and the inspiration of human endeavour. I am honoured to join the Friends of Crystal Palace Dinosaurs and promote these magnificent beasts’ conservation. 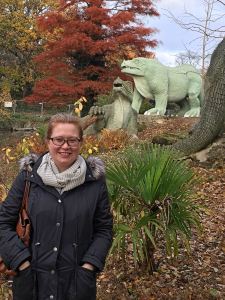 I’ve lived in Crystal Palace for nearly 14 years. I have a passionate interest in history and love walking and spending time outdoors, so it is perhaps not surprising that I loved the Dinosaurs from the first time I saw them.

I’m fascinated by the history of the sculptures and how they represent a particular moment in the history of science, but perhaps more so I love the way that they’ve come to represent our local community – a symbol of our past (the Crystal Palace itself) – our present and our future (I love all the kids running around, roaring and telling people all about them!)

They can only be part of the future if we look after them now, though, which is why I volunteer with FCPD – we need to make sure that the Dinosaurs survive the next 170 years! 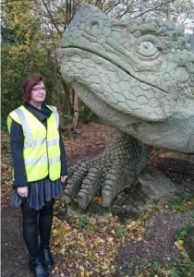 I work in postgraduate medical training and sporadically as a freelance journalist. I am a huge fan of the Crystal Palace Dinosaurs and love that they are a snapshot in time and an incredible insight into the history of scientific thought. 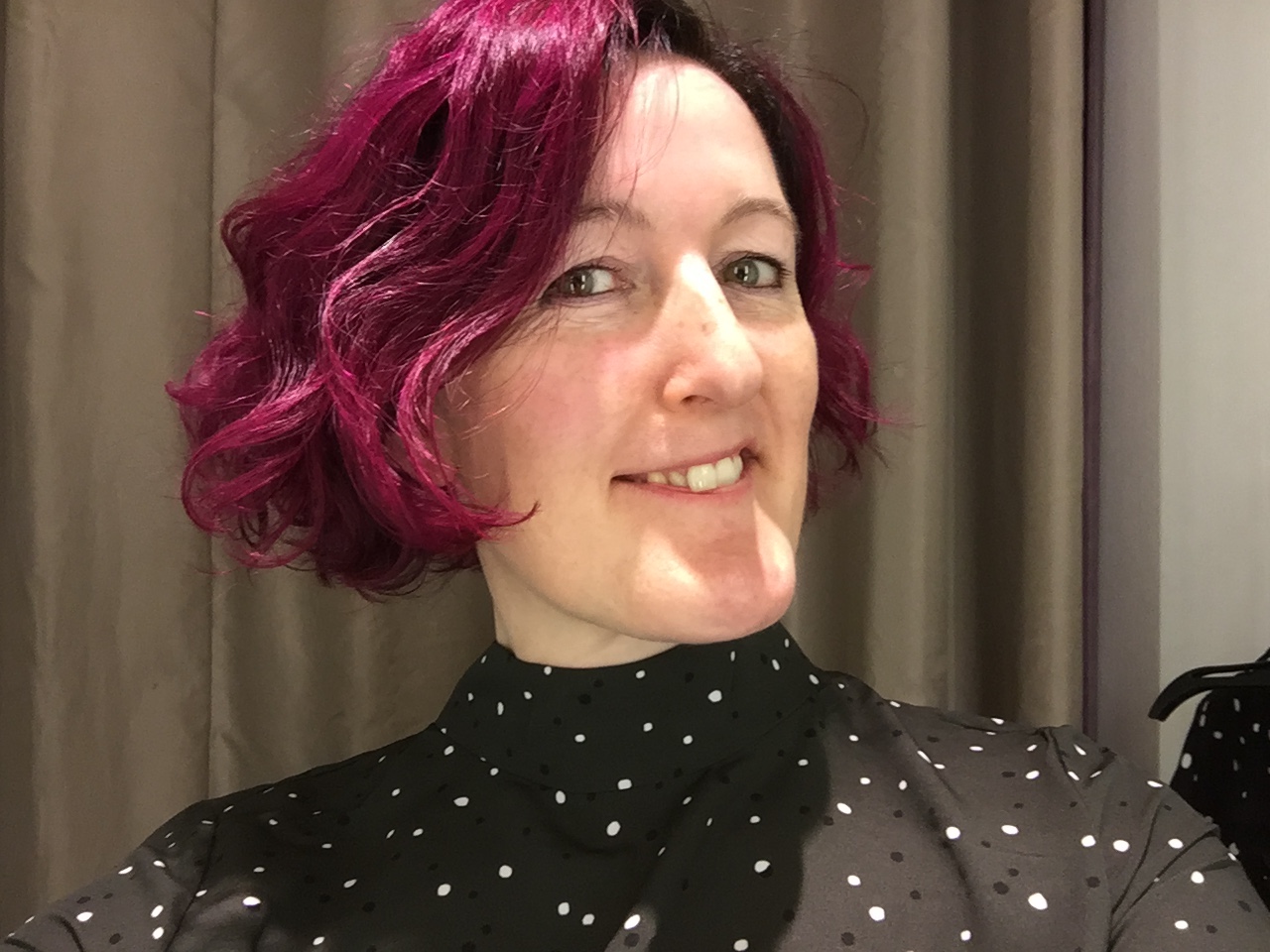 I’m delighted to be joining the trustees to help ensure generations more can enjoy our gorgeous dinosaurs, as I have throughout my life.

No school holiday was complete without a visit to the dinosaurs, and as a proud Penge resident (formerly Sydenham, Bradford and Moscow), I have visited them daily throughout the pandemic. You know, just to check they’re okay… which the Meg suddenly wasn’t one morning. So here I am.

My day job is Chief Executive & Artistic Director of Bishopsgate Institute. Our archives celebrate neglected stories and anyone is welcome to access them. Before that, I worked on the London 2012 Cultural Olympiad, ran the British Council’s arts programme across Russia and was executive DJ at Propaganda in Moscow. I’m also a proud trustee of the London Musical Theatre Orchestra, a keen (if irregular) ballroom and swing dancer, and a regular performer with Geoids Musical Theatre and Sedos. 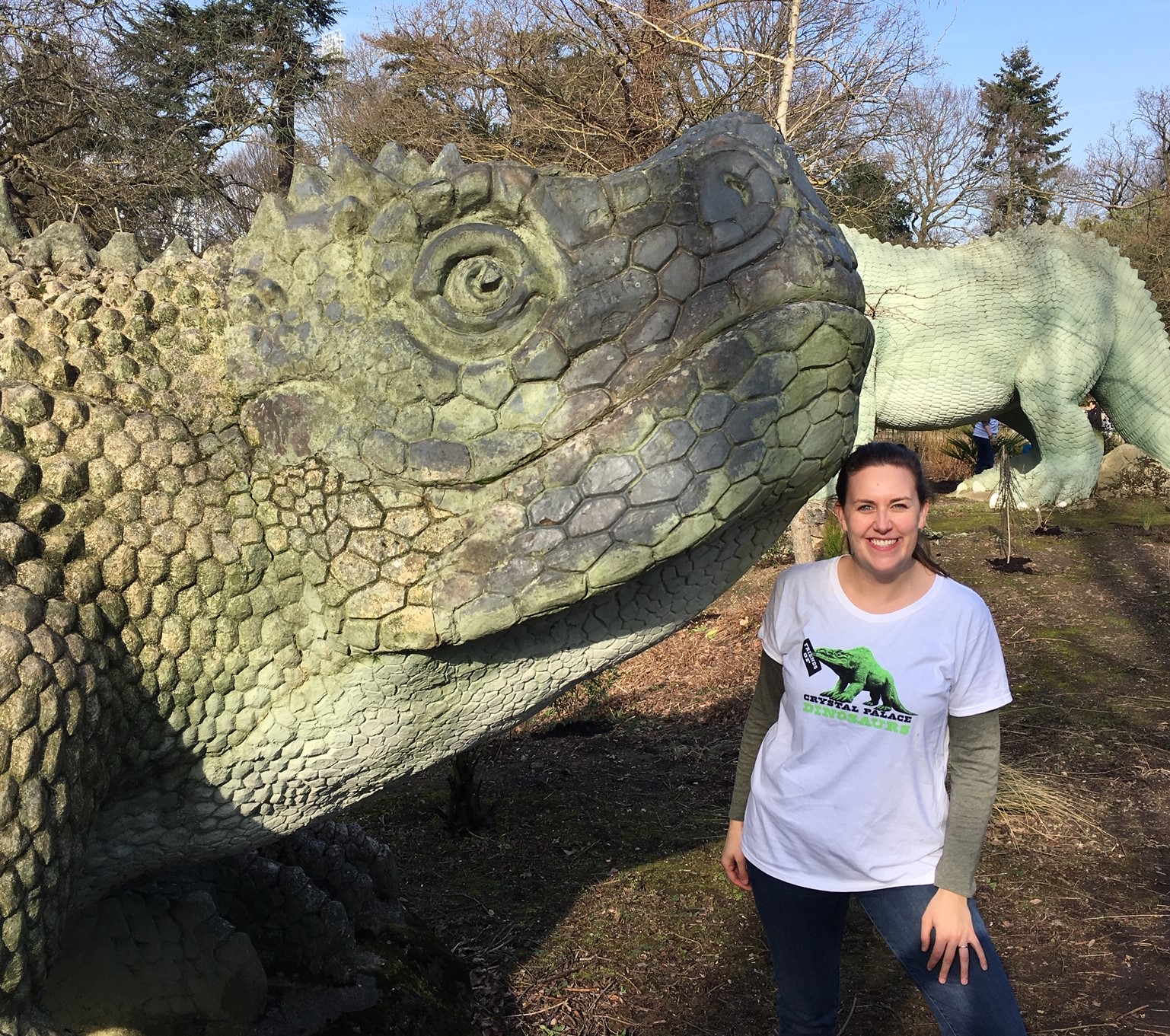 I am a researcher currently based at the Natural History Museum working on Ice Age mammal extinctions. The various sculptures that make up the Crystal Palace ‘dinosaurs’ have therefore always been a source of fascination, in particular the perhaps lesser-known extinct giant deer Megaloceros giganteus and giant ground sloth Megatherium americanum. The importance of these Grade-1 listed sculptures as the first life-sized reconstructions of extinct animals in the history of science, education and entertainment cannot be over-stated.

More personally, I grew up in and around Penge, and Crystal Palace Park and its dinosaurs have been a captivating and comforting backdrop for weekend walks with friends and family, attempts to keep fit and nearly every day pushing my young son around whilst on maternity leave.

I am thrilled to form part of a dedicated team to help protect, promote and conserve them. 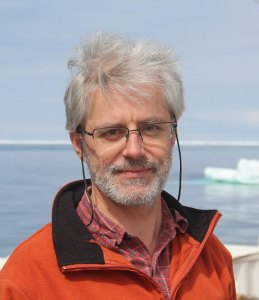 I am a palaeontologist working at University College London, although the fossils I study, coccoliths, are rather too small to end up as sculptures in the park. I have strong interest in history of geology and of London. The Crystal Palace sculptures are a wonderful piece of that heritage, and it is good to be able to help ensure their future. In addition to my palaeontological background I have experience as a trustee of other charities, including the Camphill Village Trust and I am leading a substantial project, Mikrotax, which is putting data on microfossils on the web. 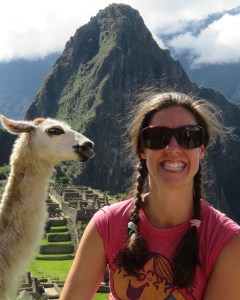 I’m a local resident with an enthusiasm for history, and for volunteering within the community. Both sets of grandparents lived in Sydenham and Penge so the dinosaurs have been a part of my life since birth.

I am keen to help the charity expand upon the ways in which we can bring greater understanding of the historical significance of the Dinosaurs to a wider audience. I want to convey excitement about the statues in a way that inspires others to investigate for themselves.

One of my favourite things about the Dinosaurs is imagining the impact they must have had upon a society that had not yet been exposed to any notion that such creatures had existed. Richard Owen (the man who gave us the name dinosaur) realised the sculptures were a way to bring scientific knowledge to the masses. I like to think of an unsuspecting member of the public, going for a wander in the park and finding pre-historic beasts lurking in the trees!

The fact that the Dinosaurs are anatomically incorrect makes them all the more charming, and highlights the speed at which scientific development moves.

I am utterly thrilled to be a part of this important charity, and I wholeheartedly accept the challenge of assisting to preserve and promote the distinguished, delightful, divine Dinosaurs!

View past board members and trustees