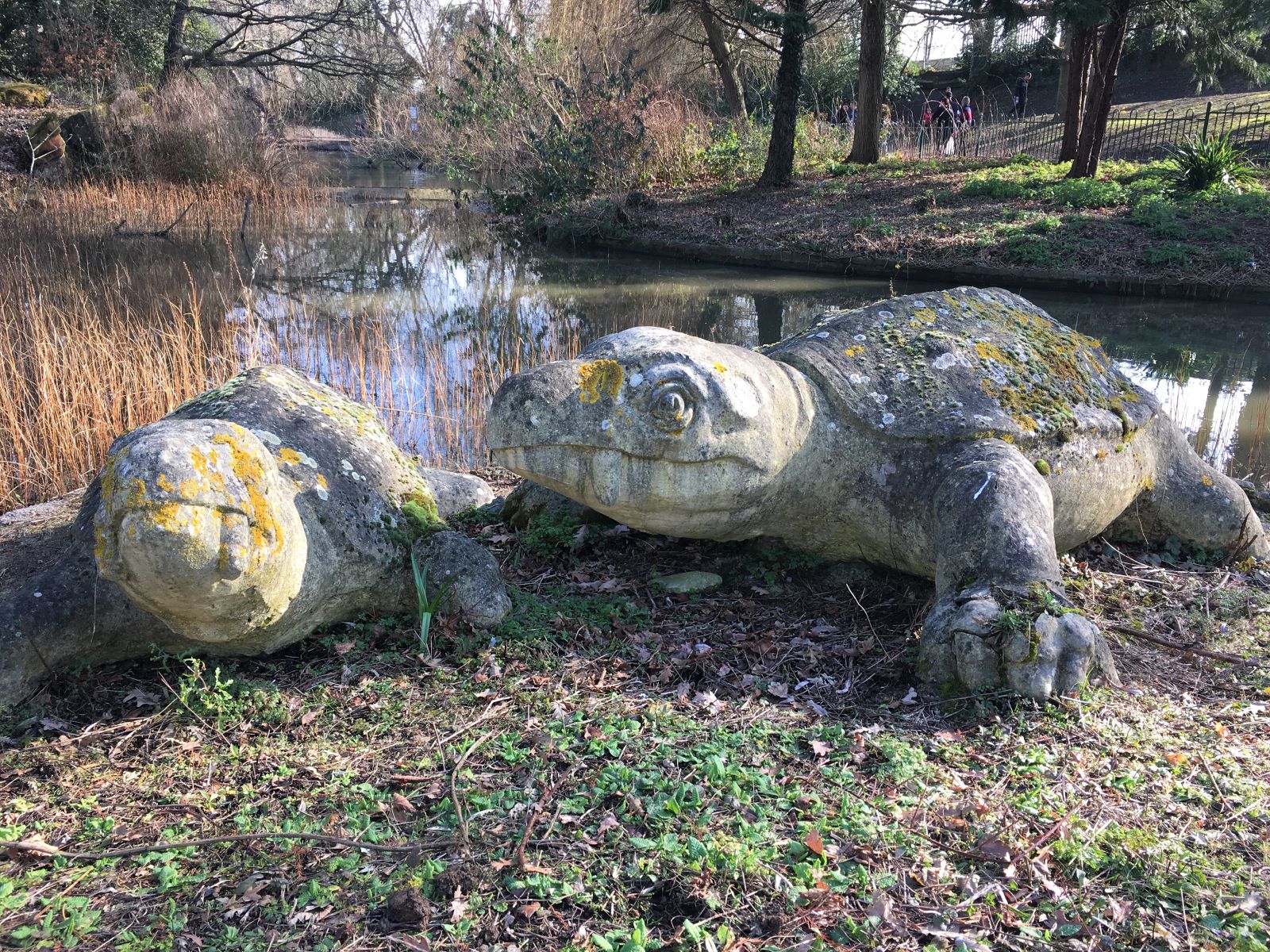 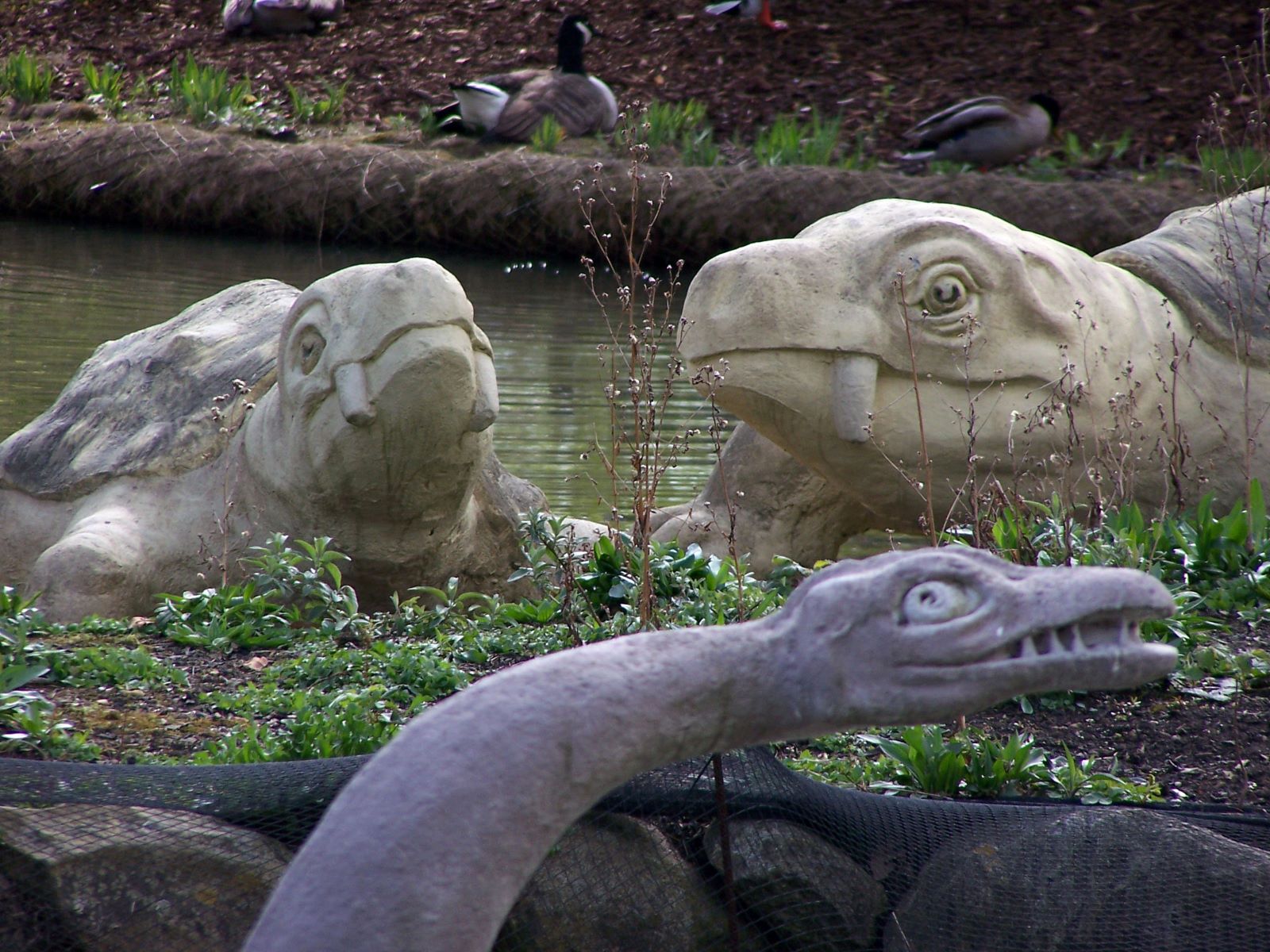 Lived: Most described species are from South Africa but they are a widespread taxon also found in Tanzania, Zambia, Russia, Brazil and the UK

Size: Dicynodon was represented by many different species (over 70 genera) that ranged from rat- to elephant-sized, but the average length was around 1.2 metres

Diet: Plants such as horsetails, club mosses and ferns

Statues: Two sightly different-sized individuals on the farthest island to the southwest of the site

The Crystal Palace statues vs modern scientific reconstructions: In 1854, when the models were constructed, most species of dicynodont were only represented by skull remains; these were sufficient to demonstrate its strange turtle-meets-walrus nature but the rest was largely conjectural. The amphibious features of the head and vertebrae were used to create an overall turtle-like form, with the ridged, sculpted carapace (shell) and long, plate-lined tails perhaps recalling those of alligator snapping turtles.

Today, dicynodonts are often described as ‘mammal-like reptiles’ as they belong to the large evolutionary group called Synapsida (and within this group, the Order Therapsida) that includes mammals and all their ancestors.

The Crystal Palace heads are reasonably similar to modern day reconstructions. Scientists now think dicynodonts had slightly flatter noses than the ‘snout’ shape of the models, but they were still largely covered with a beak sheath and the tusks projecting either side. Dicynodonts were burrowers so had robust limbs and long-ish torsos, rather than the wide, flat ones of the models. However, although no dicynodonts had shells or armour, scientists are still uncertain what sort of skin they had. Due to their evolutionary link to early mammals some artists restore dicynodonts with fur, but we have yet to find evidence of this type so deep within our evolutionary history.

Richard Owen, one of the scientists who advised on the construction of the models, indicated that the larger Dicynodon sculpture represented the species D. lacerticeps, although this identification is a little peculiar as D. lacerticeps is not a large species - its skull was just over 15 cm long. Whilst he did not specify the identity of the smaller animal, he stated that it was a species with somewhat owl-like facial features; this probably therefore refers to the species he had previously described as D. strigiceps (‘owl-faced Dicynodon’), but this is no longer considered a valid species.

The reconstruction below shows both Aulacephalodon bainii, a large species known to Owen, and possibly referenced in the size of the D. lacerticeps sculpture, and Cistecephalus microrhinus, a smaller species only distantly related to D. lacerticeps and A. bainii.

More info: Dr Simon Jackson has written in more detail about Dicynodon on our blog.