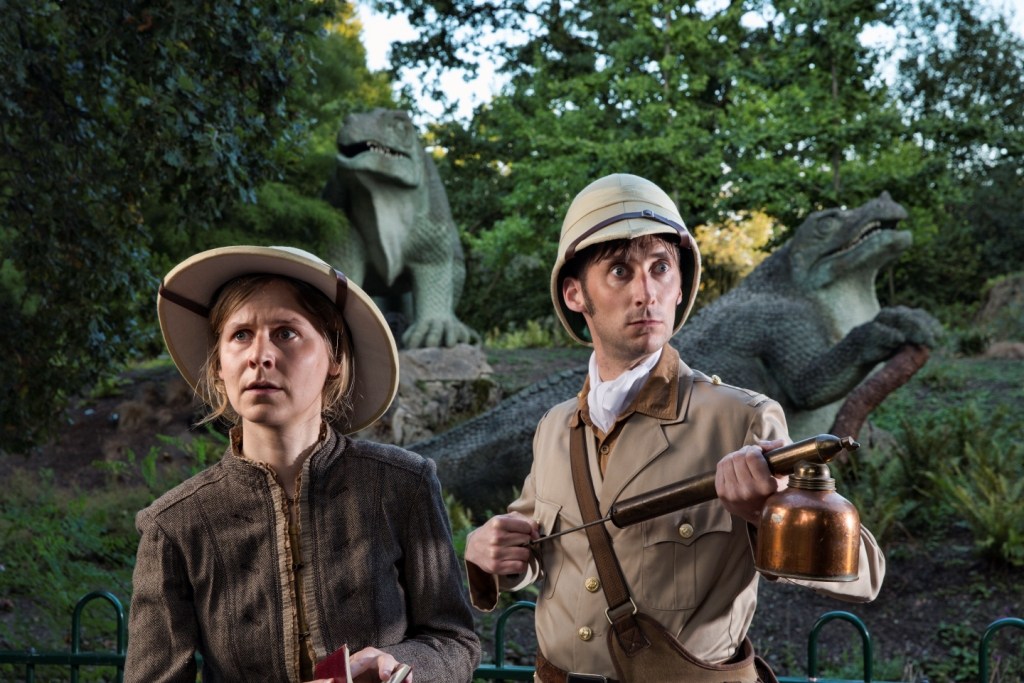 Dinosaur Doctors! is a short family-oriented performance on Dinosaur Island in Crystal Palace Park, highlighting the unique history of the Dinosaurs and the need to conserve them.

Devised by the Friends of Crystal Palace Dinosaurs, the inaugural performance at the Crystal Fun Palace in October 2014 was a roaring success.

In Dinosaur Doctors!, our Victorianesque heroes emerge from the foliage of Dinosaur Island and treat the beasts for ailments such as broken tails, athlete’s foot and sore throat. Using humour and theatre, the performance educates about dinosaurs, how the sculptures were created, and why conservation is an important part of preserving our local heritage.

Watch this space as we announce further upcoming performances of Dinosaur Doctors, and follow us on Facebook for updates! 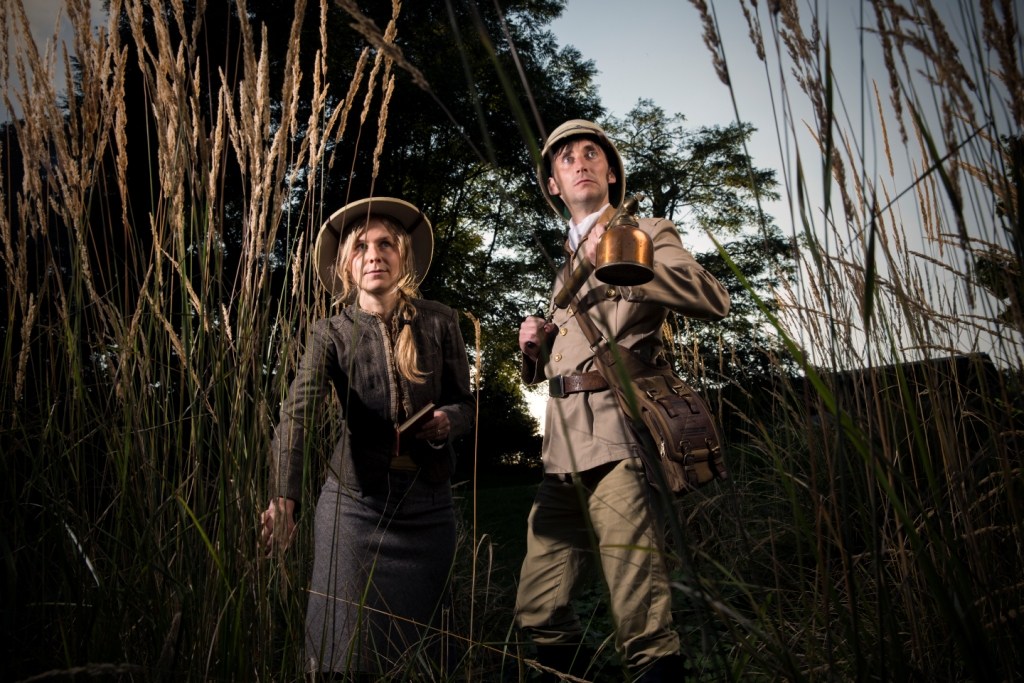 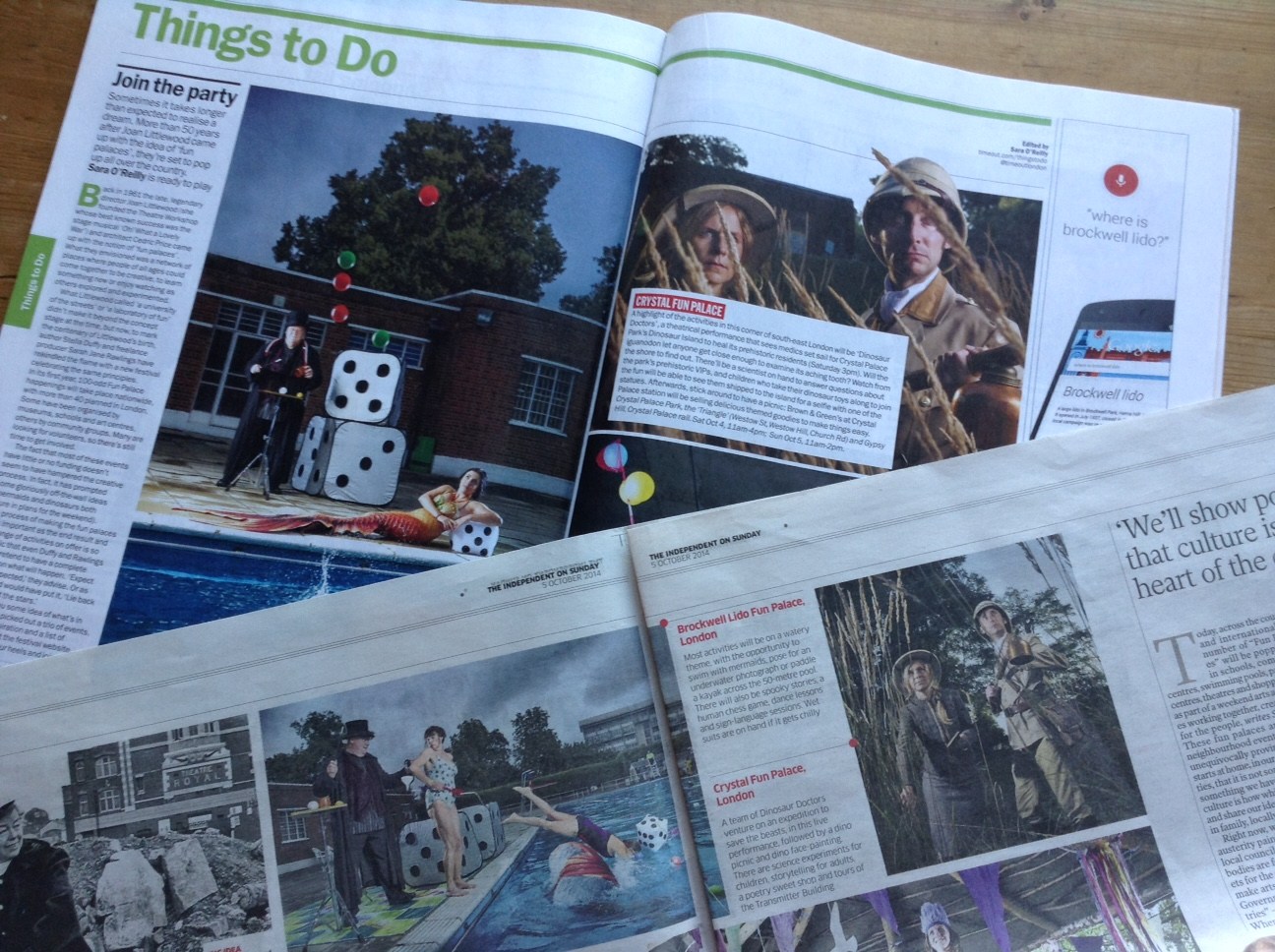 The inaugural performance was featured in Time Out and The Independent 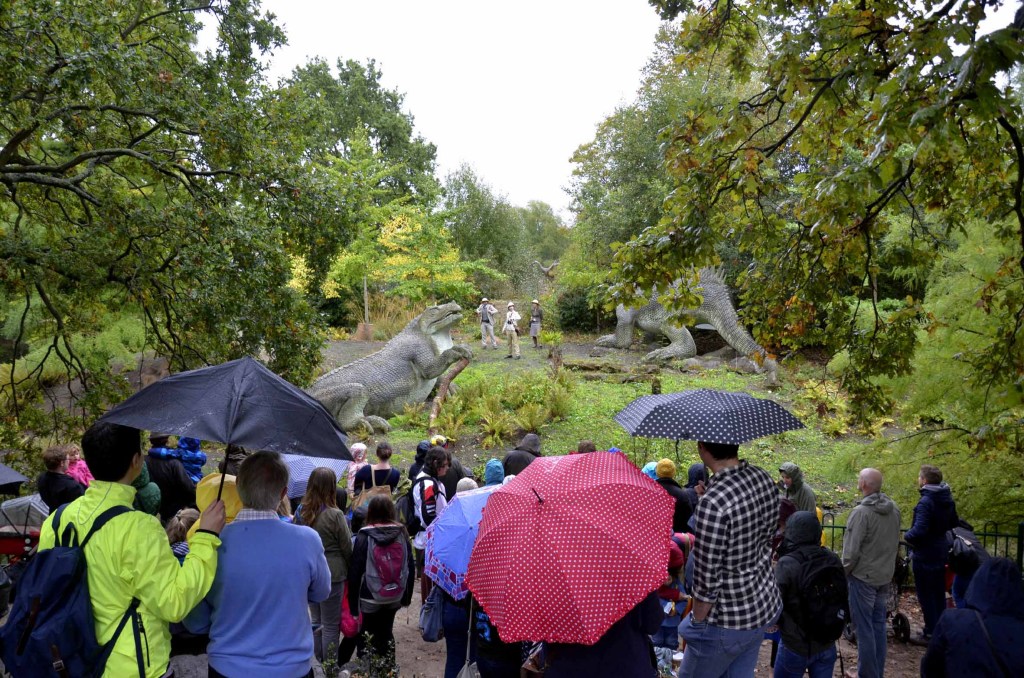 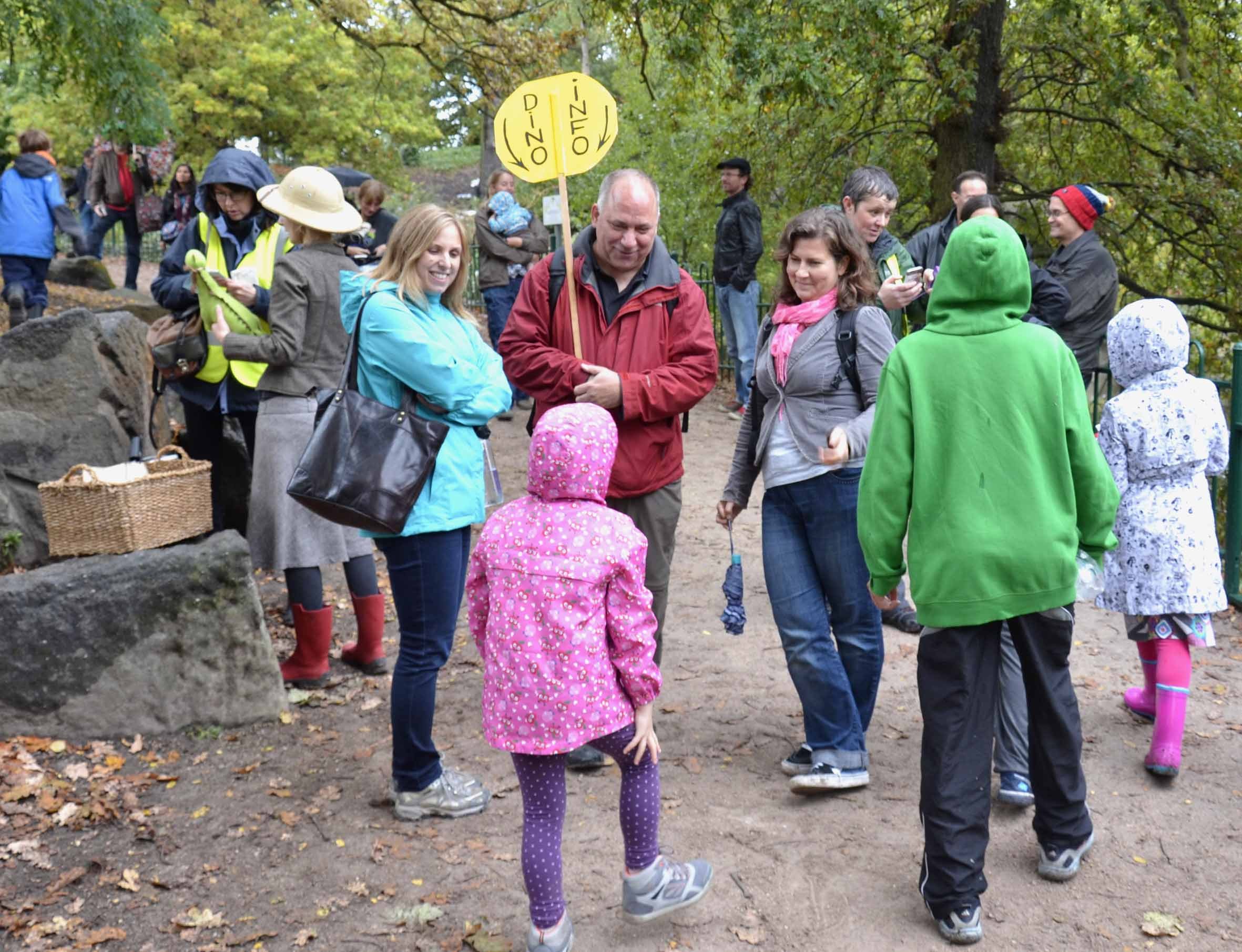 Before and after the performance, children had the opportunity to ask the Friends of Crystal Palace Dinosaurs questions about the sculptures, or anything about Dinosaurs!