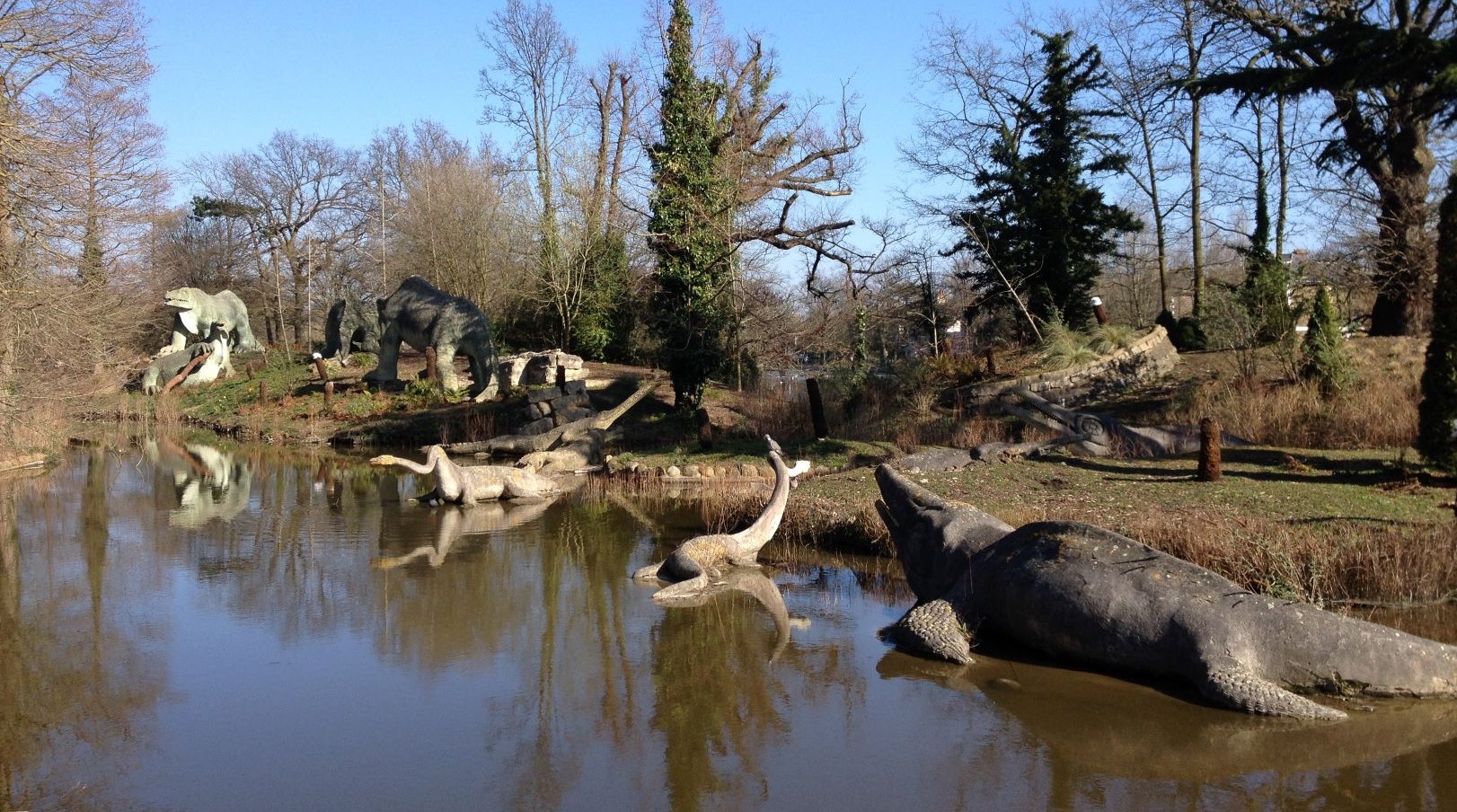 The Friends of the Crystal Palace Dinosaurs have been awarded £30,000 by the Mayor of London for their campaign to improve public access to the island where the world’s first life-sized dinosaur models were built back in 1854.

The campaign has already attracted hundreds of supporters, including local residents, businesses and award-winning architects Tonkin Liu. This week the Mayor of London confirmed his support for the plan, pledging £30,000 towards the scheme as part of ‘Crowdfund London’.

With a Dino Bridge, the Friends will be able to provide access for conservators to maintain and restore the 164-year-old Grade I listed sculptures. They will also run regular educational tours for members of the public and schools.

Chair of Trustees Ellinor Michel said “A Dino Bridge will mean many more people can get up close to the Crystal Palace Dinosaurs, and help us to look after them too.

“But don’t worry – we’ve learned our lessons from Jurassic Park: the Dino Bridge will be secure. We don’t want the wrong people getting in – or the dinosaurs getting out!”

Talking about the ‘Crowdfund London’ programme, Deputy Mayor for Planning, Regeneration and Skills, Jules Pipe, said: “All Londoners should feel that they are part of the regeneration of their neighbourhoods and crowdfunding is a really effective way of giving people a stake in their part of the city.

“The Mayor’s Crowdfund London programme empowers Londoners to bring about positive change in their local area and I would encourage people to support these innovative projects.”

The charity still needs to raise more than £35,000 between now and 17 December. Individuals and businesses can pledge at https://www.spacehive.com/bridges-to-the-crystal-palace-dinosaurs.

You can also help by encouraging your friends to get involved, and by sharing this via Facebook and Twitter. Thank you for your help!