Conservation Open Day: Getting up close and personal with Iggy, the standing Iguanodon 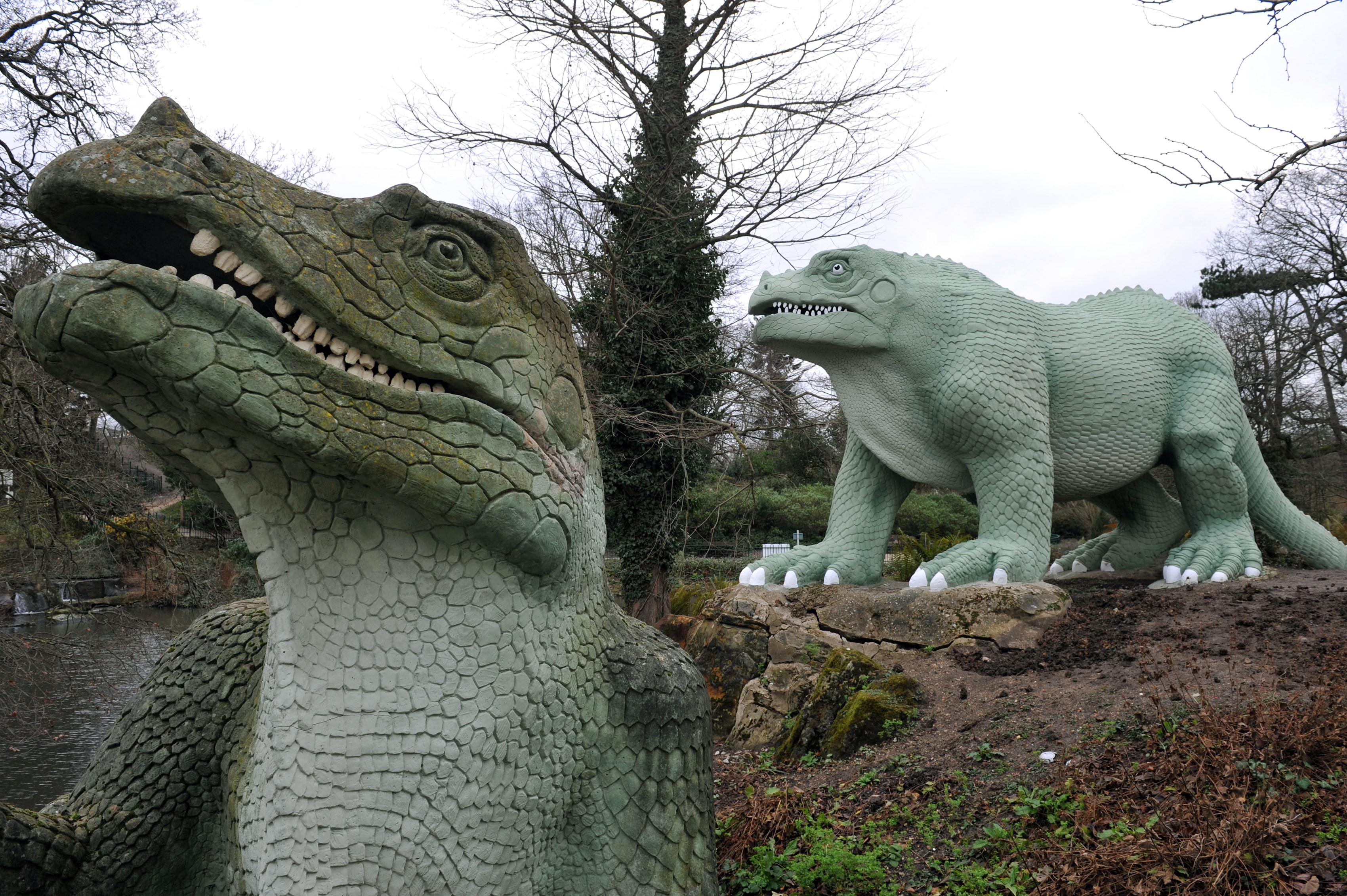 On Saturday 5 December, 40 lucky Dino fans braved Storm Desmond to climb Iggy’s repair scaffold and examine at close quarters the problems he faces. They also learned first hand from the Cliveden Conservation team about the work in progress to stabilise the famous sculpture, the ‘symbol of science’ that helped launch ‘Dinomania’ in 1854. 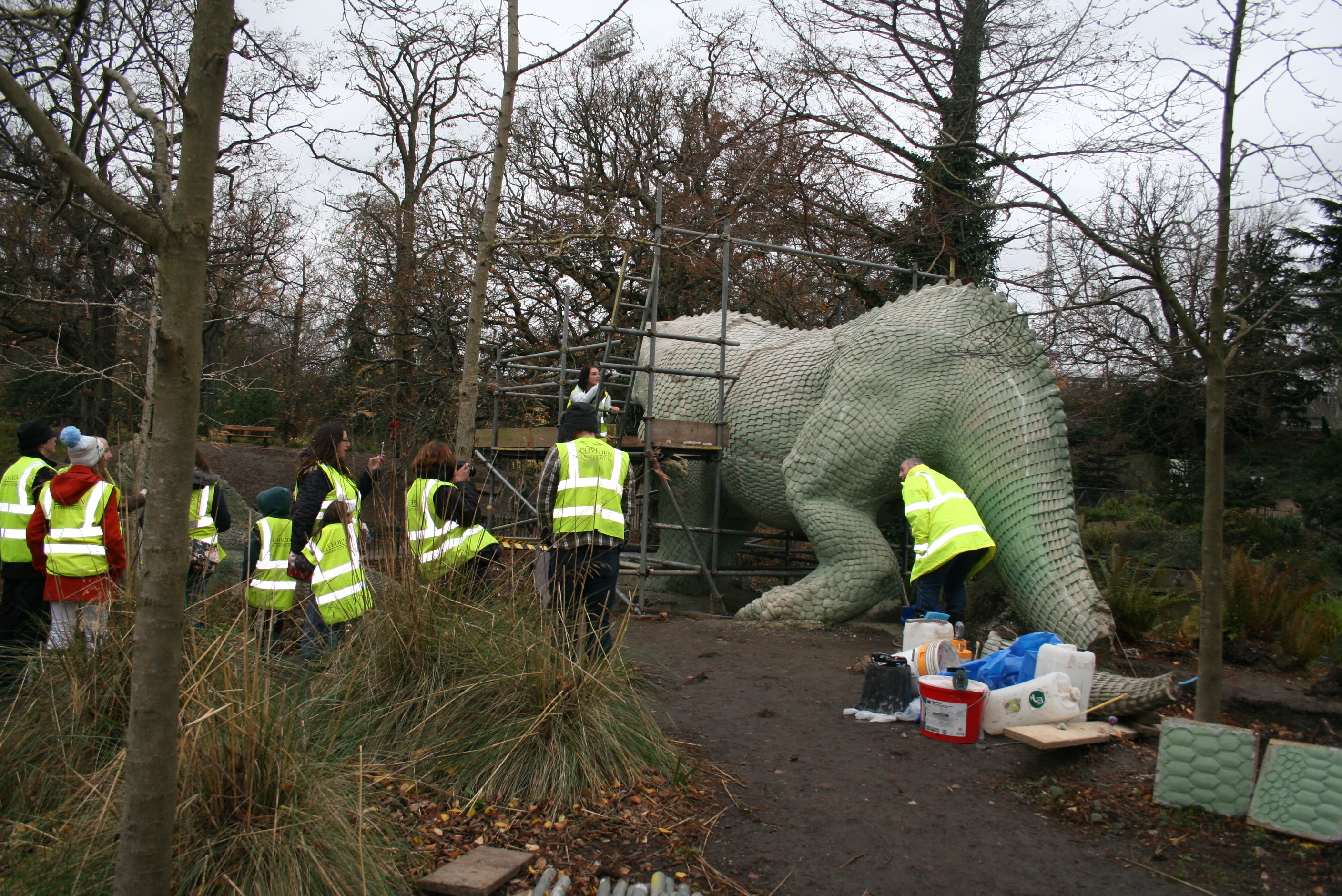 Getting up close with Iggy and climbing the scaffold

The Friends of Crystal Palace Dinosaurs conservation and history teams, together with volunteers from University College London’s conservation training programme, set up a drop-in surgery open to everyone in the park. We explained the history of the park and its sculptures using handling objects to talk about Iggy’s construction methods and materials, together with the approaches, techniques and skills that are being applied right now to help combat the Deadly Agents of Destruction attacking Iggy. Small groups had ticketed visits to the Dinosaur Island, facilitated by Bromley’s Crystal Palace Park Improvement team. Tickets went fast – being up close to these huge sculptures is a rare treat. 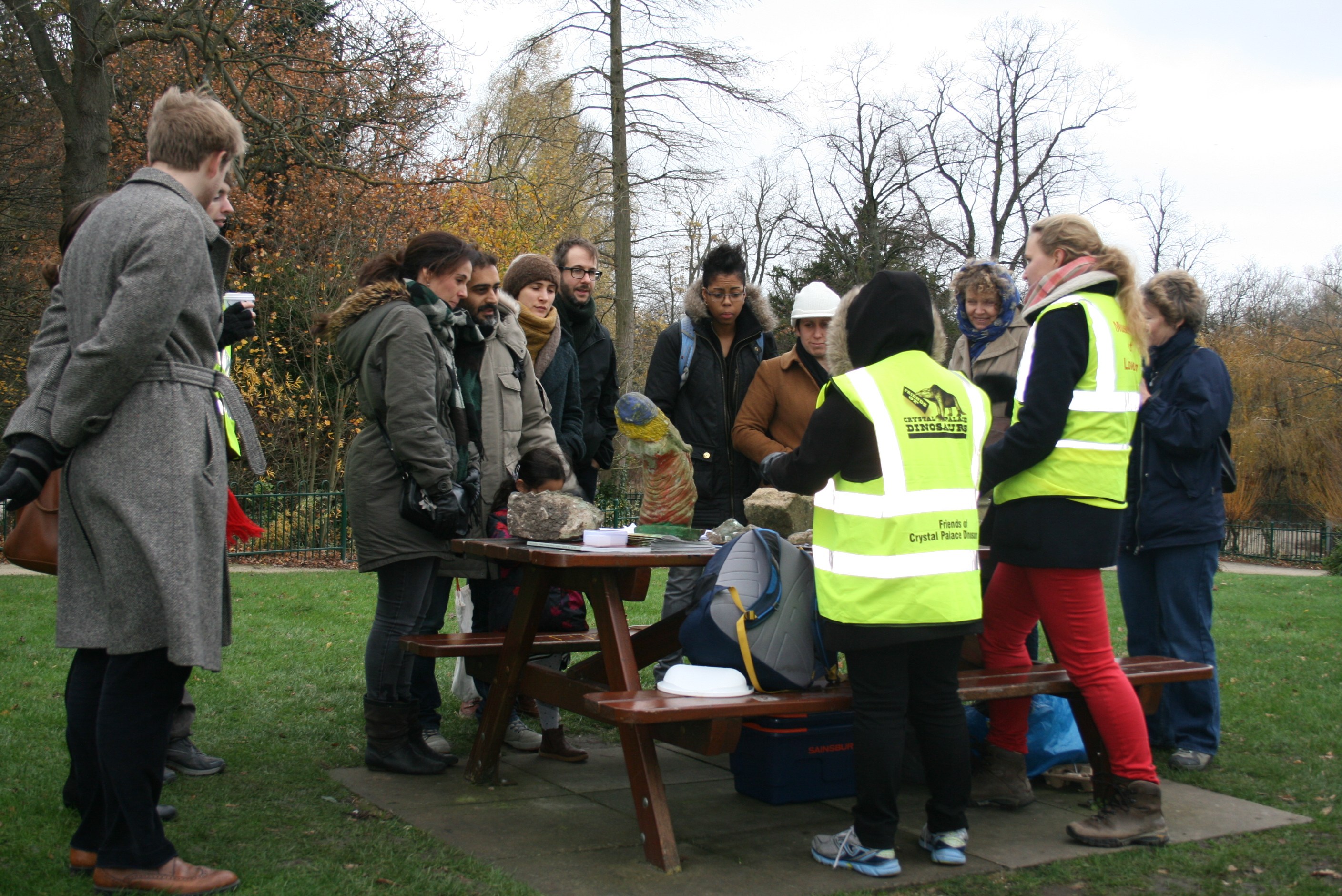 Along with the other sculptures in the park, Iggy suffers from a range of ailments that need to be treated:
- Cracking all over his body where the original joints made by his creator, Benjamin Waterhouse Hawkins, are beginning to fail
- Movement in his toes, feet and tail as the foundations to these areas settle or sink
- Peeling and disrupted paint layers exposing the vulnerable original surface
- Tooth decay as the pegs underpinning his teeth start to fail or the teeth snap off
- Organic growth and dirt between his scales pushing the existing cracks further apart 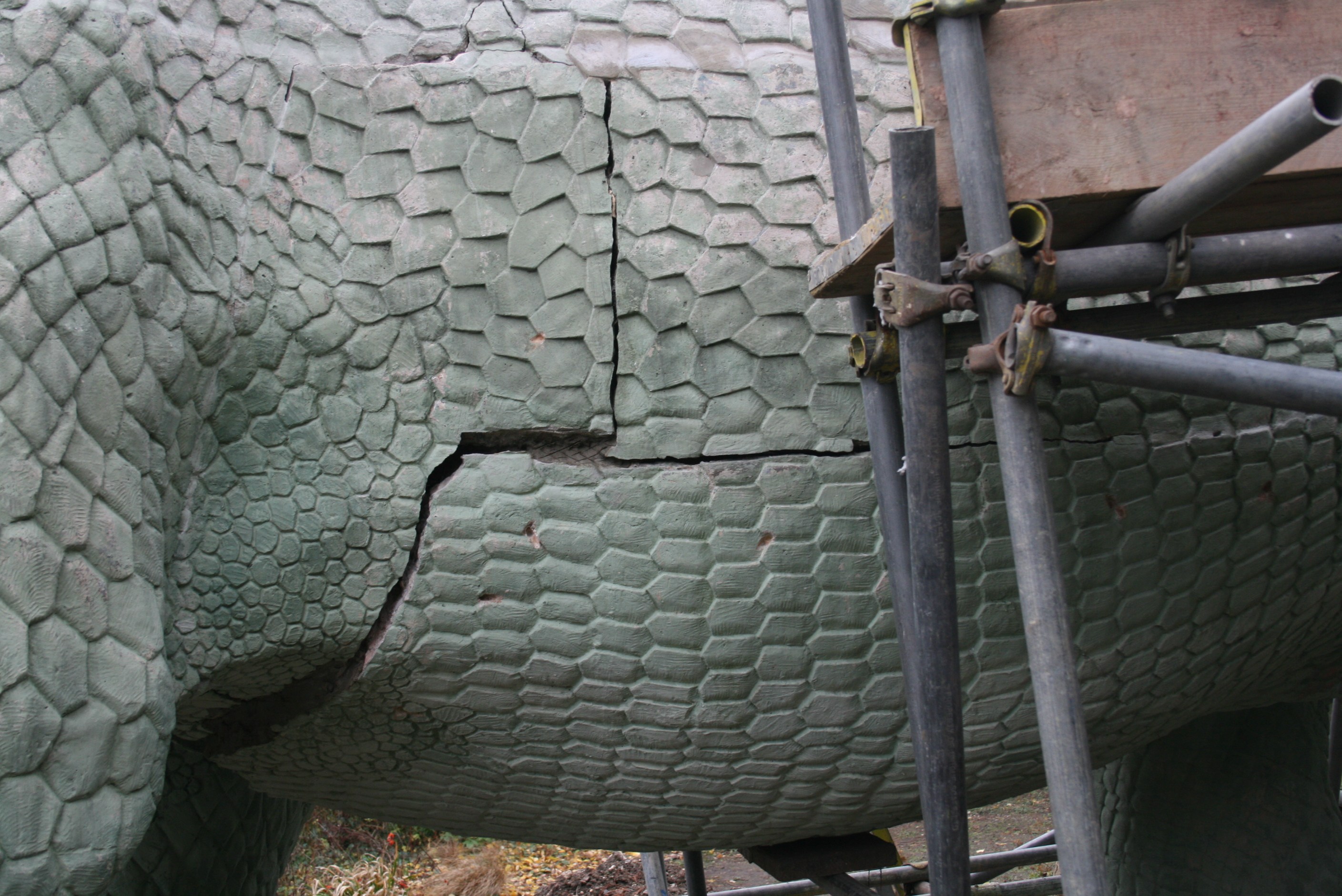 Cracking where original joints are failing

Part of Iggy’s tail, which will be cleaned and re-attached 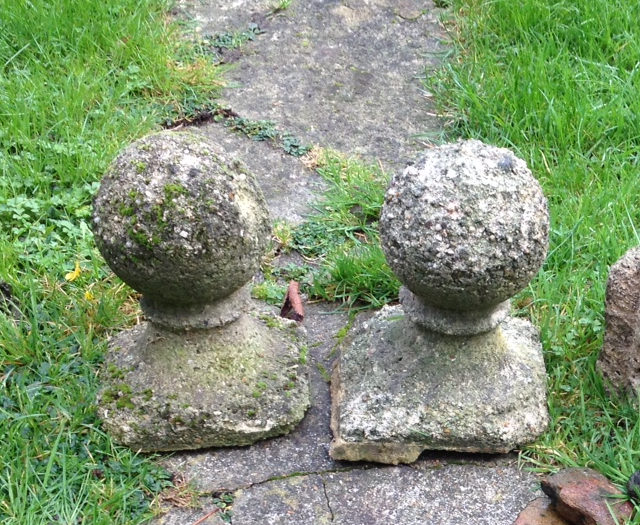 We will explain details of the treatments being applied to Iggy right now by Cliveden Conservation and the Morton Partnership in a following blogpost.

With thanks to: the Cliveden team (Nick, Lewis, Katie), all the Friends (in particular Ellinor, Jill, David, Erykah, Richard), the UCL Institute of Conservation team (Libby, Anna, Anjali) and LB Bromley (Tyler and Lydia).